To view the Disability Organizations available in South Africa, click the button to the right.

Mobility Impairments or a physical disability is one that affects a person's mobility or dexterity, it can be the result of an accident, leading to paralysis, loss of limbs or brain damage, or can be genetic, like Spina Bifida, Muscular Dystrophy, or people who are born without limbs.

There is a wide variety of different Physical disabilities that fall under Mobility Impairments, whatever  the cause of the disability, the disabled require a different set of emotional and physical needs & may need to use some sort of equipment for assistance with mobility & for them to be able to fully participate in society.

The pages that follow cover these issues, as well as these disabilities.

A person can be born without limbs due to a Birth Defect, they can lose their limbs as a result of an injury or accident, or though amputation because of a diseases like sugar diabetes, cancerous Tumor or inadequate blood flow.

Loss of Limbs through Accidents

Loss of Limbs through Accidents are called Traumatic Amputations & can happen during some serious accidents, where a person's body part may be literally torn off & this is classed as being an amputation caused by trauma.  Accidents which sometimes lead to this type of amputation include:

Amputation is the surgical removal of all or part of a limb such as an arm, leg, foot, hand, toe, or finger. There are many reasons an amputation may be necessary. The most common is poor circulation because of damage or narrowing of the arteries, called peripheral arterial disease. Without adequate blood flow, the body's cells cannot get oxygen and nutrients they need from the bloodstream. As a result, the affected tissue begins to die and infection may set in.

Other diseases that cause amputation may include:

The major complaint by individuals who have arthritis is joint pain. Pain is often constant, and may be localized to the joint affected. The pain from arthritis is due to inflammation that occurs around the joint, damage to the joint from disease, daily wear and tear of joint, muscle strains caused by forceful movements against stiff painful joints and fatigue.

Osteoarthritis is a degenerative joint disease, & is a result of trauma to the joint, infection of the joint, or old age.

Septic Arthritis is also known as infectious arthritis, and is usually caused by bacteria, or fungus. The condition is an inflammation of a joint that's caused by infection. Normally it affects one large joint in the body, such as the knee or hip. Less frequently, septic arthritis can affect multiple joints.

Psoriatic Arthritis is a form of arthritis that affects some people who have psoriasis, a condition that features red patches of skin topped with silvery scales. Most people develop psoriasis first and are later diagnosed with psoriatic arthritis, but the joint problems can sometimes begin before skin lesions appear.
Joint pain, stiffness and swelling are the main symptoms of psoriatic arthritis. They can affect any part of your body, including your fingertips and spine, and can range from relatively mild to severe. In both psoriasis and psoriatic arthritis, disease flares may alternate with periods of remission.
No cure for psoriatic arthritis exists, so the focus is on controlling symptoms and preventing damage to your joints. Without treatment, psoriatic arthritis may be disabling.

Autoimmune Diseases are a broad range of related diseases in which a person's immune system produces an inappropriate response against its own cells, tissues and/or organs, resulting in inflammation and damage. There are over 80 different autoimmune diseases, and these range from common to very rare diseases.

Cerebral Palsy is often described as 'brain paralysis' or 'non-progressive neurological disorder'. In this medical condition, the brain's motor area is damaged or fails to develop properly. The damage may be due to injury, trauma or some illness, which may occur before a baby is born, during the birth process or after birth, or the brain developmental failure may have genetic causes.
There is no definite consensus on what exactly causes Cerebral Palsy. It is, however, not a hereditary disorder nor is it contagious, and the term 'non-progressive' means that the damage to the brain, while irreversible, does not deteriorate over time; but, the effect on the body brought about by the brain damage can get worse, or improve.

The group of disorders involve brain & nervous system functions, such as movement, learning, hearing, seeing and thinking. There are different types including spastic, athetoid, ataxic, hypotonic & also mixed, where there is a combination of the other types in one person.

Muscular Dystrophy (MD) is a hereditary disease characterized by progressive muscle weakness. It prevents the movement of muscles & is a group of more than 30 inherited diseases.

It causes weakening & breaking down of muscle fibers. The muscles become weak & susceptible to damage. This disease affects the voluntary or skeletal muscles, which control the movements of legs, arms, & trunk. It can also affect the heart muscles & other involuntary muscles, such as muscles in the gut. Some forms of MD are found in infancy or childhood, others may only appear until middle age. This progressive disease is more common in boys than girls.

Motor Neurone Disease (MND) is a progressive disease that attacks the motor neurones, or nerves, in the brain and spinal cord. This means messages gradually stop reaching muscles, which leads to weakness and wasting. MND can affect how you walk, talk, eat, drink and breathe. However, not all symptoms necessarily happen to everyone and it is unlikely they will all develop at the same time, or in any specific order. Although there is currently no cure for MND, symptoms can be managed to help you achieve the best possible quality of life.

Paralysis due to damage to the nervous system or spinal cord

Paralysis is a medical condition wherein the person loses all the control over his muscles. Paralysis is a caused because of damage to the nervous system or spinal cord. The condition can be partial or complete, but is both the cases it can leads to dependency.

The two main physical disabilities that occur from injury to the spinal cord are:

Varying degrees of loss of limb & other mobility may result from either condition.

The person retains full use of their arms & hands, but have poor trunk control & balance due to the lack of abdominal muscle control. Lower thoracic injuries (T-9 to T-12) retain good truck control & good abdominal muscle control.
The sitting balance of people with lower spinal cord injuries is usually very good. Injuries to the Lumbar & sacral injuries result in decreased control of the hip flexors & legs.

Quadriplegia can be caused from damage to the spinal cord from:

It is possible to injure the spinal cord without fracturing the spine, such as when a ruptured disc or bony spur on the vertebra protrudes into the spinal column.

Quadriplegia is also termed Tetraplegia. Both terms mean "paralysis of four limbs. "Tetraplegia is more commonly used in Europe than in the United States. In 1991, when the American Spinal Cord Injury Classification system was revised, it was recommended that the term tetraplegia be used to improve consistency ("tetra", like "plegia", has a Greek root, whereas "quadra" has a Latin root).

Cauda Equina syndrome is technically not a spinal cord injury, is often referred to as one by the medical community & may result in paraplegia.

The spinal cord usually terminates between the first & second lumbar vertebra forming the Conus Medullas. Emerging from this is a bundle of lumbar & sacral nerve roots called the Cauda Equina, which is Latin for horses tail, because of their appearance.

Hemiplegia can occur in babies, children or adults, it is when one side of the body is paralysed. It can affect either side of the body & is caused by damage to the brain, such as a stroke.

This can happen in babies, before, during or after birth. The condition can be congenital or acquired. No one knows what causes the damage in these cases.
Hemiplegia can also be acquired. This is caused by damage to the brain, such as a stroke, in childhood or traumatic injury to brain during child birth such as forceps delivery.

This condition can affect any child, but it is slightly more common in premature babies. It is quite a common condition, affecting one in 1000 births.

Paralysis of the Face

Paralysis of the face is a condition in which one side of the face does not feature any kind of movement. This condition can be conducted by various factors such as Bell's Palsy, brain tumor, birth trauma, stroke, etc.

Guillain-Barré syndrome is an inflammatory disorder that damages the body's immune system. The condition results in weakness and numbness in extremities and finally, paralysis.

Poliomyelitis, often called polio or infantile paralysis, is an infectious disease caused by the polio virus. In about 0.5% of cases there is muscle weakness resulting in an inability to move. This can occur over a few hours to few days. The weakness most often involves the legs but may less commonly involve the muscles of the head, neck and diaphragm. Some people fully recover.  Years after recovery post-polio syndrome may occur, with a slow development of muscle weakness similar to that which the person had during the initial infection.

The Polio virus is usually spread from person to person through infected fecal matter entering the mouth. It may also be spread by food or water containing human feces and less commonly from infected saliva.

A stroke results from insufficient supply of oxygen to the brain and leads to sudden loss of consciousness. It should be treated immediately or it may prove fatal. If you identify the symptoms of a stroke early enough, they can be diagnosed & treated in time. 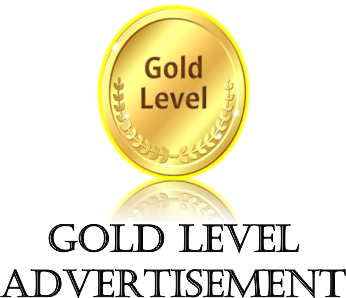 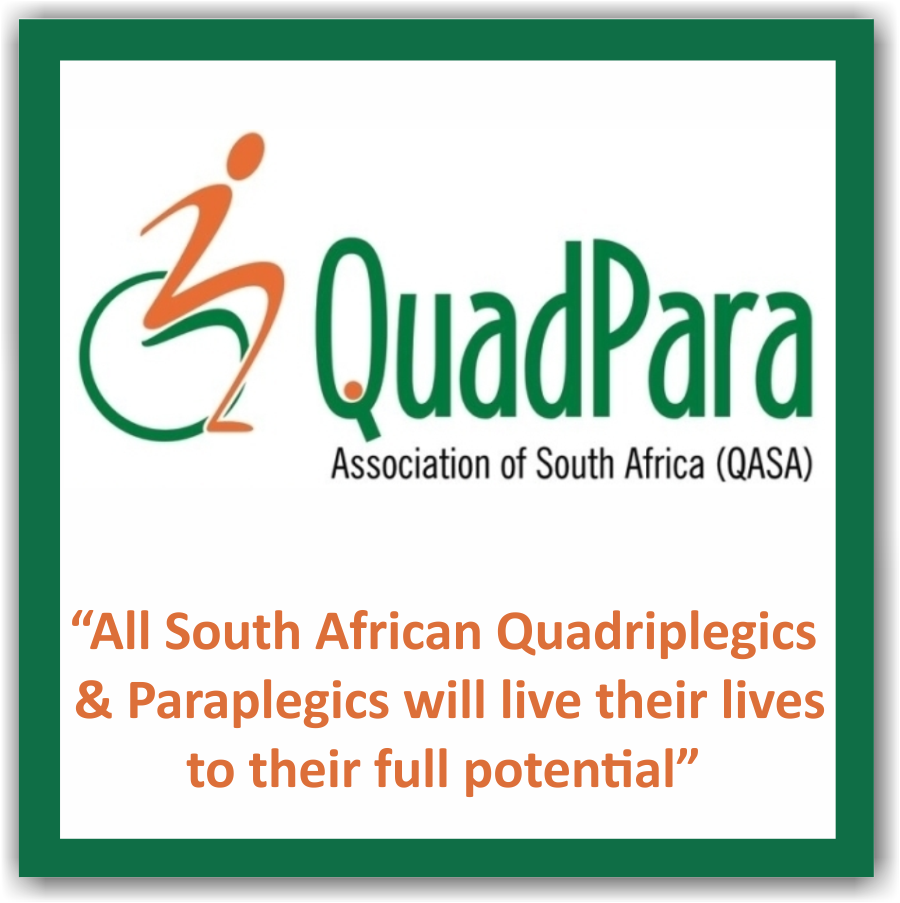