Osteoarthritis (OA) is a type of joint disease that results from breakdown of joint cartilage and underlying bone. Unlike other types of arthritis, only the joints are typically affected. OA is the most common form of arthritis with disease of the knee and hip affecting about 3.8% of people as of 2010. Among those over 60 years old about 10% of males and 18% of females are affected. Before 45 years of age it is more common in men, while after 45 years of age it is more common in women. It becomes more common in both sexes as people become older.  The most common symptoms are joint pain and stiffness.

Osteoarthritis is believed to be caused by mechanical stress on the joint and low grade inflammatory processes. It develops as cartilage is lost and the underlying bone becomes affected. As pain may make it difficult to exercise, muscle loss may occur. Diagnosis is typically based on signs and symptoms, with medical imaging and other tests occasionally used to either support or rule out other problems. In contrast to rheumatoid arthritis, which is primarily an inflammatory condition, in OA, the joints do not typically become hot or red.

Damage from mechanical stress with insufficient self repair by joints is believed to be the primary cause of osteoarthritis.

Sources of this stress may include misalignments of bones caused by:

Exercise, including running in the absence of injury, has not been found to increase the risk. Nor has cracking one's knuckles been found to play a role.

Osteoarthritis most often occurs in the hands (at the ends of the fingers and thumbs), neck, lower back, knees, and hips. Initially, symptoms may occur only following exercise, but over time may become constant. Other symptoms may include joint swelling, decreased range of motion, and when the back is affected weakness or numbness of the arms and legs. The most commonly involved joints are those near the ends of the fingers, at the base of the thumb, neck, lower back, knee, and hips. Joints on one side of the body are often more affected than those on the other. Usually the symptoms come on over years. It can affect work and normal daily activities.

The main symptom is:

"Pain" is generally described as a sharp ache or a burning sensation in the associated muscles and tendons, and is typically made worse by prolonged activity and relieved by rest. Some people report increased pain associated with cold temperature, high humidity, and/or a drop in barometric pressure, but studies have had mixed results.

Stiffness is most common in the morning, and typically lasts less than thirty minutes after beginning daily activities, but may return after periods of inactivity. OA can cause a crackling noise (called "crepitus") when the affected joint is moved or touched and people may experience muscle spasms and contractions in the tendons. Occasionally, the joints may also be filled with fluid.

As OA progresses, the affected joints appear larger, are stiff, painful and may swell, but usually feel better with gentle use but worse with excessive or prolonged use, thus distinguishing it from rheumatoid arthritis.

In smaller joints, such as at the fingers, hard bony enlargements, called Heberden's nodes (on the distal interphalangeal joints) and/or Bouchard's nodes (on the proximal interphalangeal joints), may form, and though they are not necessarily painful, they do limit the movement of the fingers significantly. OA at the toes leads to the formation of bunions, rendering them red or swollen. Some people notice these physical changes before they experience any pain, in part because the cartilage damage in OA is generally painless because cartilage is aneural.

OA is the most common cause of a joint effusion of the knee.

A number of studies have shown that there is a greater prevalence of the disease among siblings and especially identical twins, indicating a hereditary basis. Although a single factor is not generally sufficient to cause the disease, about half of the variation in susceptibility has been assigned to genetic factors.

The development of OA is correlated with a history of previous joint injury and with obesity, especially with respect to knees. Since the correlation with obesity has been observed not only for knees but also for non-weight bearing joints and the loss of body fat is more closely related to symptom relief than the loss of body weight, it has been suggested that there may be a metabolic link to body fat as opposed to just mechanical loading.

Changes in sex hormone levels may play a role in the development of OA as it is more prevalent among post-menopausal women than among men of the same age.

While OA is a degenerative joint disease that may cause gross cartilage loss and morphological damage to other joint tissues, more subtle biochemical changes occur in the earliest stages of OA progression. The water content of healthy cartilage is finely balanced by compressive force driving water out and hydrostatic and osmotic pressure drawing water in. Collagen fibres exert the compressive force, whereas the Gibbs–Donnan effect and cartilage proteoglycans create osmotic pressure which tends to draw water in.

However, during onset of OA, the collagen matrix becomes more disorganized and there is a decrease in proteoglycan content within cartilage. The breakdown of collagen fibers results in a net increase in water content. This increase occurs because whilst there is an overall loss of proteoglycans (and thus a decreased osmotic pull), it is outweighed by a loss of collagen. Without the protective effects of the proteoglycans, the collagen fibers of the cartilage can become susceptible to degradation and thus exacerbate the degeneration. Inflammation of the synovium (joint cavity lining) and the surrounding joint capsule can also occur, though often mild (compared to the synovial inflammation that occurs in rheumatoid arthritis). This can happen as breakdown products from the cartilage are released into the synovial space, and the cells lining the joint attempt to remove them.

Other structures within the joint can also be affected. The ligaments within the joint become thickened and fibrotic and the menisci can become damaged and wear away. Menisci can be completely absent by the time a person undergoes a joint replacement. New bone outgrowths, called "spurs" or osteophytes, can form on the margins of the joints, possibly in an attempt to improve the congruence of the articular cartilage surfaces in the absence of the menisci. The subchondral bone volume increases and becomes less mineralized (hypomineralization). All these changes can cause problems functioning. The pain in an osteoarthritic joint has been related to thickened synovium and subchondral bone lesions.

Diagnosis is made with reasonable certainty based on history and clinical examination. X-rays may confirm the diagnosis. The typical changes seen on X-ray include: joint space narrowing, subchondral sclerosis (increased bone formation around the joint), subchondral cyst formation, and osteophytes. 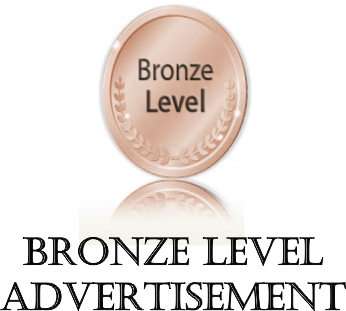