To view the sports organizations & clubs available, click the button to the right.

Wheelchair racing & Cycling are both track or road events in athletics. They are both open to athletes with a variety of types & degrees of disabilities. For those would be cyclists, whose mobility impairment prevents them from using their legs, handcycling is available. Athletes are classified in accordance with the nature & severity of their disability or combinations of disabilities. Competitors compete in specialized wheelchairs/handcycles. Both sports are competed in at social, club & Provincial level, as well as at International level.

Competitors compete in specialized wheelchairs. This which allow the athletes to reach speeds of 30 km/h or more. The main competitions take place at the Summer Paralympics which wheelchair racing and athletics has been a part of since 1960. It is one of the most prominent forms of Paralympics athletics.

One of South Africa's best known Disabled Athletes is Ernst van Dyk. He is best-known for his achievements as atop track and road wheelchair racers. He competes in between three and six high-profile marathons per year, the majority of which are international.

He has won the Boston Marathon which is the most prestigious wheelchair event 9 consecutive times from 2001 to 2006 and 2008 to 2010. He was also the first wheelchair racer in this particular event to break the 1h 20min barrier.

Classification systems have been put into place to ensure that all competitors have an equal opportunity to compete & win. Athletes are divided into categories depending on their disability, these are spinal cord injury, amputee, or cerebral palsy. The classification guidelines are continually being changed to include more athletes.

Athletes who are in a wheelchair due to spinal cord injury or are an amputee are in classes T51 – T58.

T51 – T54 are for athletes in a wheelchair who are competing in track events.

Athletes who are in a wheelchair due to cerebral palsy have different guidelines compared to an athlete with a spinal cord injury or who is an amputee, and range between T32 – T38.

Rules and Regulations for Wheelchairs

Wheelchairs are a necessary piece of equipment for athletes competing in wheelchair racing and track and field events. These are normally very lightweight & have pneumatic tires.

The dimensions and features on the wheelchairs are clearly specified in the IPC Athletics rules. There are rules for each event regarding the athletes' equipment.

Rule 159 Para 1 The wheelchair shall have at least two large wheels and one small wheel.

Rule 159 Para 2 No part of the body of the chair may extend forwards beyond the hub of the front wheel and be wider than the inside of the hubs of the two rear wheels. The maximum height from the ground of the main body of the chair shall be 50 cm.

Rule 159 Para 4 Only one plain, round, hand rim is allowed for each large wheel. This rule may be waived for persons requiring a single arm drive chair, if so stated on their medical and Games identity cards.

Rule 159 Para 5 No mechanical gears or levers shall be allowed, that may be used to propel the chair.

Rule 159 Para 7 In all races of 800 meters or over, the athlete should be able to turn the front wheel(s) manually both to the left and the right.

Rule 159 Para 8 The use of mirrors is not permitted in track or road races.

Rule 159 Para 9 No part of the chair may protrude behind the vertical plane of the back edge of the rear tires.

Rule 159 Para 10 It will be the responsibility of the competitor to ensure the wheelchair conforms to all the above rules, and no event shall be delayed whilst a competitor makes adjustments to the athletes chair.

Rule 159 Para 11 Chairs will be measured in the Marshalling Area, and may not leave that area before the start of the event. Chairs that have been examined may be liable to re-examination before or after the event by the official in charge of the event.

Rule 159 Para 12 It shall be the responsibility, in the first instance, of the official conducting the event, to rule on the safety of the chair.

Rule 159 Para 13 Athletes must ensure that no part of their lower limbs can fall to the ground or track during the event.

tandem bicycles. Cycling was introduced as a Paralympic Sport in Seoul in 1988. The competition includes Track and Road events for individuals and teams with Sprints, Individual Pursuits, 1,000m Time Trial, Road Races and Road Time Trials. These events are for both men and women, with the cyclists grouped together according to their functional ability. Persons with a visual impairment, cerebral palsy, amputations or other physical disabilities can participate in classes depending on their degree of function and the skills required for Cycling. Depending on their classification, athletes use a bicycle, tricycle, tandem or hand cycle. The convenor for cycling is Rudi Kuhn.

The sport is active in all provinces of South Africa.

Para-cycling classification is the process of classifying participants in para-cycling covering four functional disability types. The classification system includes classes for handcycles for people who have lower limb mobility issues. The sport is governed by the Union Cycliste Internationale (UCI).

There are fourteen classifications based on functional disability type, research done at the Central Institute on Employment Abilities of the Handicapped in Moscow has found differences in functional capabilities based on differences in visual acuity. This does not play a significant role in tandem cycling.

Classification is handled by the Union Cycliste Internationale (UCI). While the CP-ISRA has an interest in the sport because it is open to people with cerebral palsy, it is not governed by them. In 1983, the rules for this sport and approval for classification was done by the UCI coordinated Federation Internationale de Amateur de Cyclisme.

Para-cycling classes, as defined by the UCI, can be decoded easily.

The first letter stands for the gender (M for men, W for women). Subsequent letters stand for the sport division:

The final number is the class in that division - with the lower the number, the greater the degree of impairment. Therefore WH3 stands for the class Women's Handbike 3.

Athletes have a physical impairment that prevents them from competing in able-bodied competition but still compete using a "standard bicycle".

Athletes have lower limb impairment that necessitates use of a hand-operated cycle. There are four classes of hand cycling:

International classification is undertaken by a UCI panel which consists of "a medical doctor, a physiotherapist and a sports technician" who will assess the athlete and assign them a class. The evaluation is done in English, and athletes are allowed to be accompanied by an interpreter and/or a representative of their country's National Federation in the sport. Classified athletes will be issued a para-cycling classification card.

Athletes have an impairment which affects their balance. They compete with a three-wheeled cycle called a tricycle - three wheels providing more balance than a standard two-wheeled cycle.

A handcycle is a type of tricycle powered by the arms rather than the legs, as on a bicycle. These handcycles are steered & powered by the front wheels, with two coasting rear wheels. Despite usually having three wheels, they are also known as handbikes.

The cyclists use their torso to help propel & steer the cycle simultaneously. Some designs use two front wheels and a single rear wheel, while others use lean-steer designs. Handcycles are not not wheelchairs, they have cranks and gears, while a wheelchair has push-rims directly on the main wheels. Handcycles come in a variety of styles, making them accessible to people with a wide variety of disabilities. There are also hybrids between a handcycle, a recumbent bike and a tricycle.

Fork steer handcycles represent the majority of handcycles sold. They work well for both low and high-level spinal injuries, and most have adjustable footrests, seat angle, and come with a variety of gearing, wheel and tire configurations depending on intended use: racing, recreation, or touring.

The off road is different from other handcycles in that there are two wheels in front and one behind, and it has a lower gear ratio range. This gives the cycle the ability to tackle steep slopes and permits handcycle mountain biking. The addition of a wider tire with suitable tread makes some mountain biking possible on standard road bikes.

Handcycles have also been used for touring, and to better accommodate this interest, some manufacturers incorporate mudguards and pannier cargo racks. As handcycles have evolved they have become progressively lighter, and they have better gearing for long climbs and long distance touring.

The debate about inclusion of competitors into able-bodied competitions was seen by some disability sport advocates like Horst Strokhkendl as a hindrance to the development of an independent classification system not based on the rules for able-bodied sport. These efforts ended by 1993 as the International Paralympic Committee tried to carve out its own identity and largely ceased efforts for inclusion of disability sport on the Olympic programme. 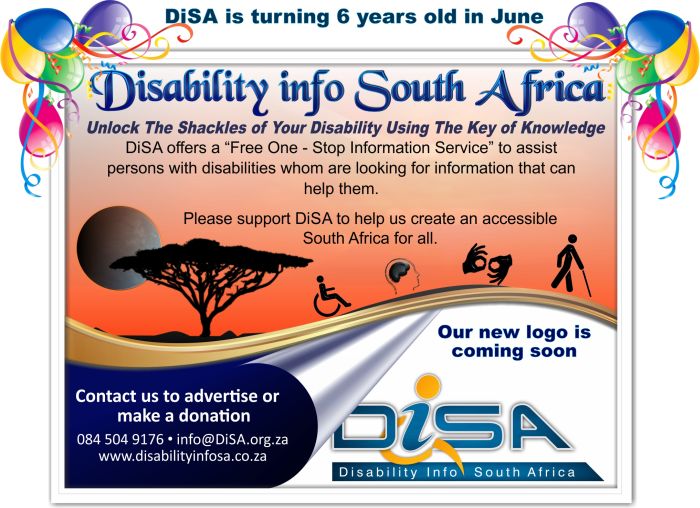